A deliciously fall-flavored red wine sangria made with pears, apples, sliced oranges and warm spices like cinnamon, ginger, and cardamom. 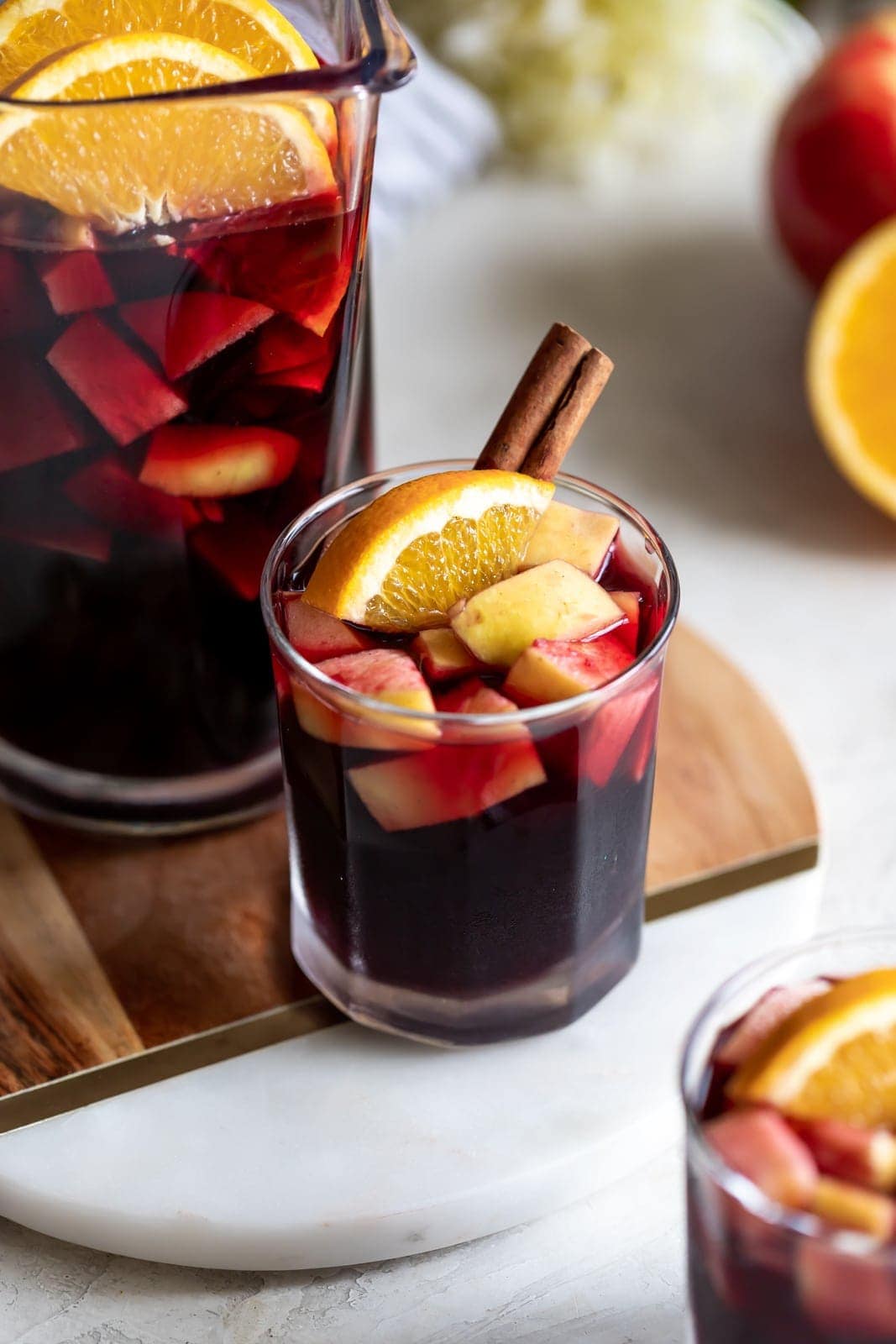 I’m mostly a beer drinker but there are a few drinks that I love on occasion. Moscow mules, limoncello margs, spicy watermelon punch to name a few. Sangria is also one of them. Why? Because you can share it! Sangria is fruity, festive, and fun. I always say the best things start with the letter F. Think about it. ;)

This red wine sangria recipe is loaded with fall flavors and I’m so here for it!

First things first, I made a spiced pear simple syrup. Guys, I honestly had to stop myself from just drinking this syrup straight from the jar. SO GOOD. And so easy to make. I remember I used to hear the words “simple syrup” and think “omg that’s going to take SO LONG TO MAKE”. Nah. It took 5 minutes. 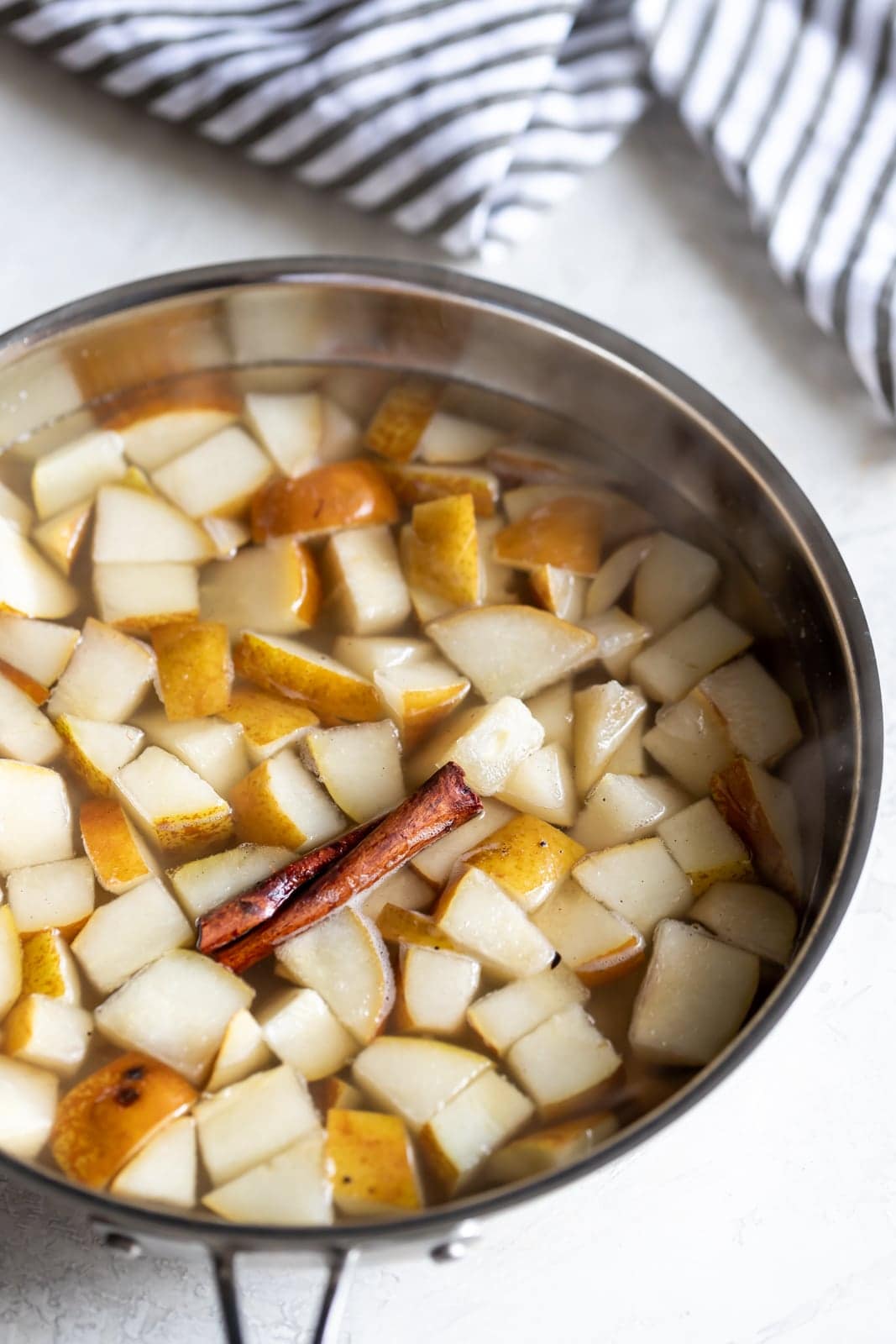 To make this spiced pear simple syrup, you add water, sugar, chopped pears, warm spices and a cinnamon stick to a saucepan. Boil it for 5 minutes then strain. That’s it. The recipe below gives exact measurements for everything. It makes a little over 1 cup of the simple syrup which you can save for next time you make sangria or for other cocktails too. Heck, go crazy and mix it up with vodka. Woohoo! Invite me. 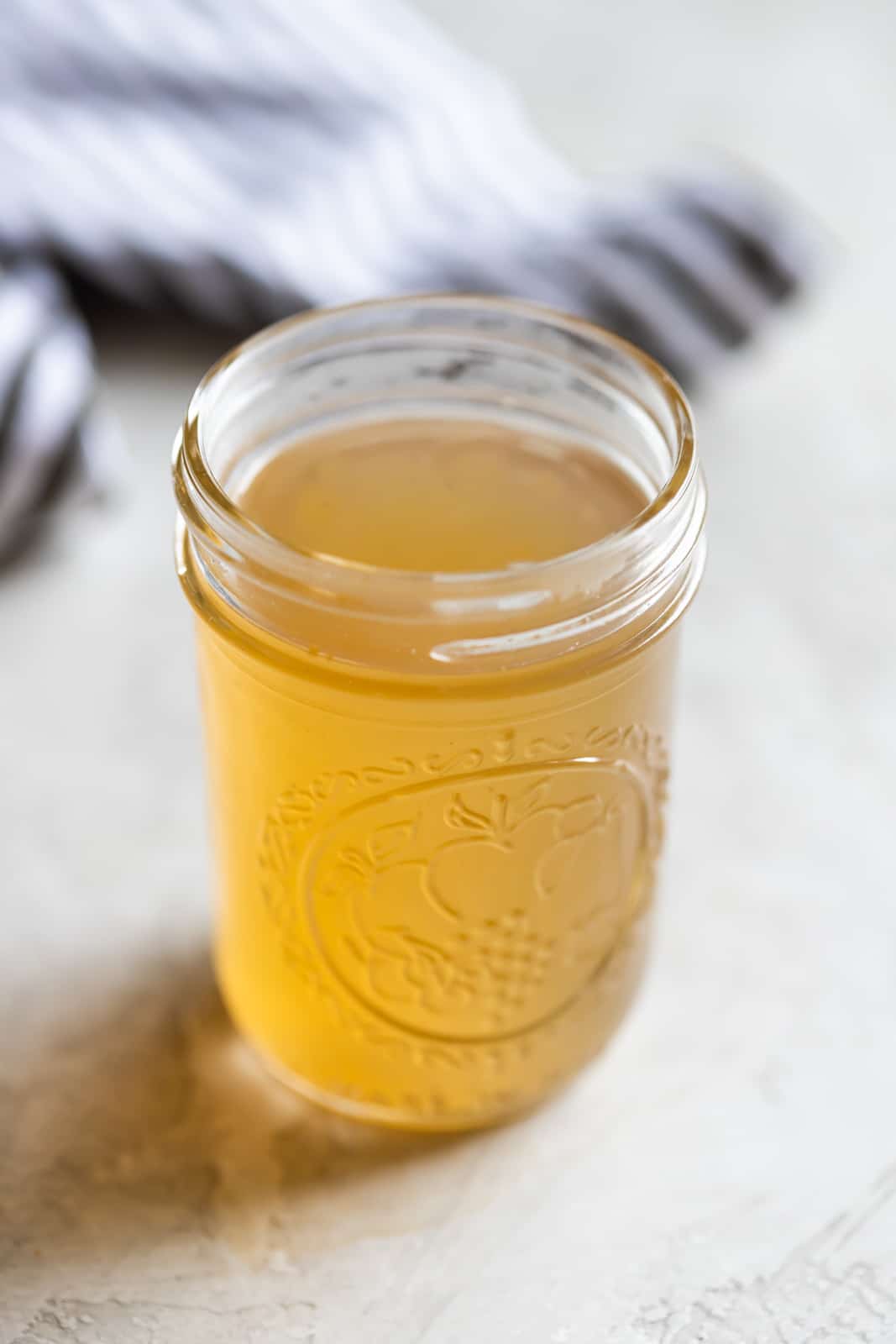 The rest is pretty straight forward. You grab a pitcher and add in all your chopped fruit. I added apples and orange slices. You then pour the red wine in the pitcher. I used a Spanish red wine but honestly I think any red wine could work. You could even use two buck chuck from Trader’s.

Finish it off with the triple sec and spiced pear simple syrup. That’s it! If you just can’t wait, you can serve this sangria immediately in glasses with ice however it’s best to chill for up to 2 hours to really let those flavors settle in. I’d suggest serving this sangria with a mini orange slices and a cinnamon stick, along with the chopped apples, of course. 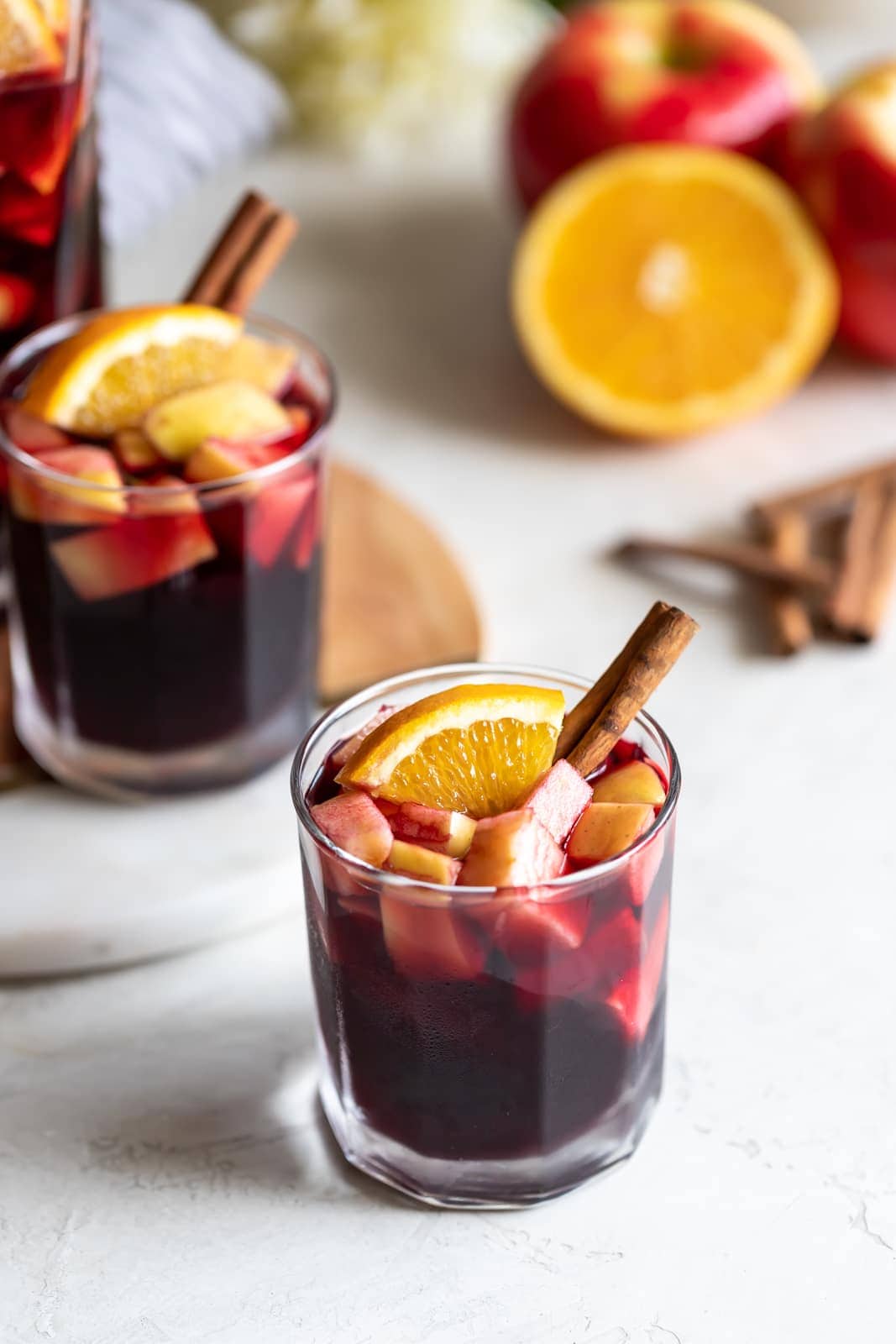 I hope you make this and LOVE it! 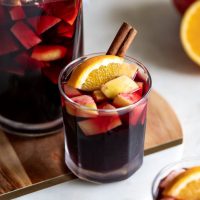