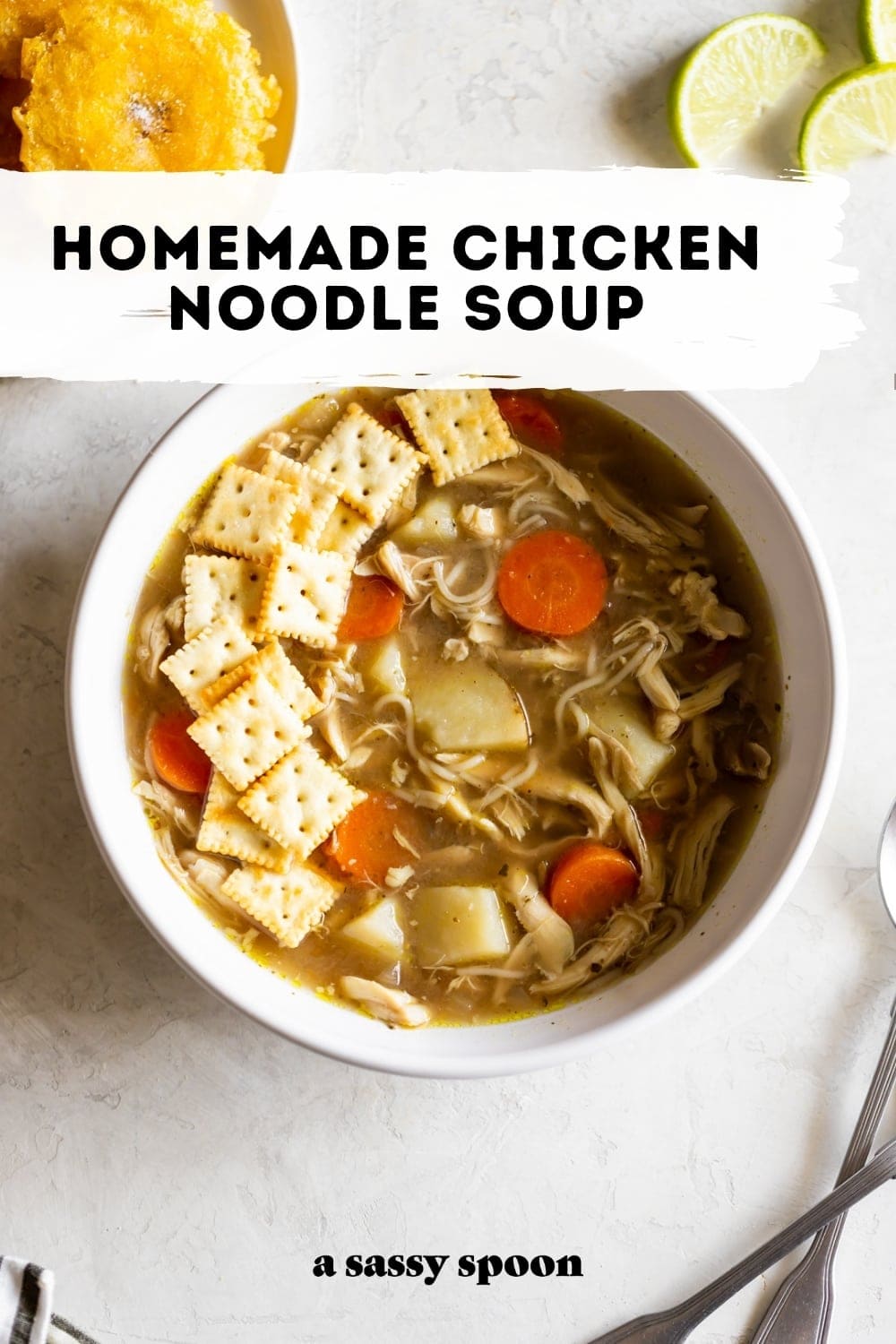 I’ll be honest, I hate soup as a kid. HATED.

Whenever my mom would say she was making sopa de pollo for me because I was sick, it felt like punishment. Soup was boring to me. It’s just seasoned water. Ew!

That was until I became an adult and learned to appreciate it in all its glory.

Sopa de pollo warms you up on a chilly day. When you’re sick, it soothes your soul. It’s the perfect comfort food for just about any day of the year.

What is Sopa de Pollo?

On the other hand, I’ve also seen recipes call it caldo de pollo which is more of a Latin American chicken soup with veggies and no noodles.

Today, I bring you my Cuban mom’s fail-proof sopa de pollo recipe so you can also make it from scratch.

Let me show you how to make it!

By the way, you can order your chicken thighs from Butcher Box!

Butcher Box is a service that curates boxes of grass-fed, no-hormone-added, humanely raised beef, chicken, pork, salmon + sustainable seafood and, they deliver it right to your door. I love getting my box delivered directly to me. There are always specials – like free bacon or free ground beef – you gotta check them out! Click here to find out more info on Butcher Box! 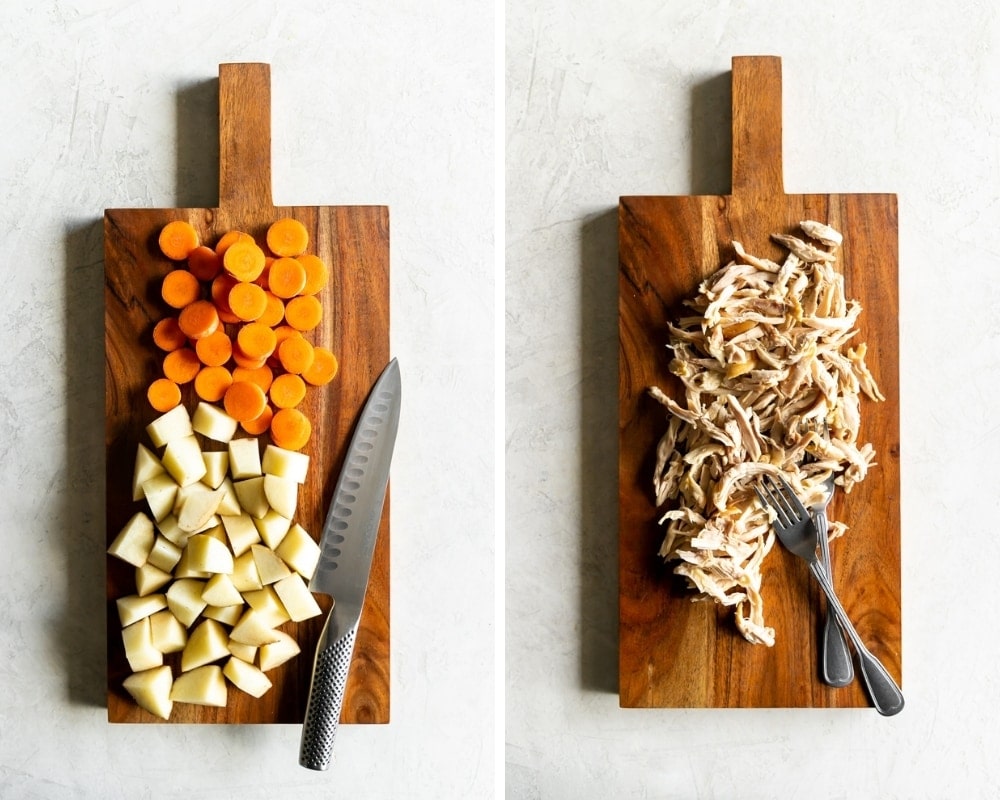 So first things first, chop up all your veggies. You can also use chicken breasts if you don’t have chicken thighs.

OR….. just cheat and buy a rotisserie chicken. Shhhh, you didn’t hear that from me!

How To Store Sopa de Pollo

Transfer the cooled chicken soup to an airtight container and place it in the fridge for 2-3 days.

Keep in mind that the noodles will absorb a lot of the liquid. When thawing/reheating the soup, add a 1/2 cup of chicken broth or water at a time to the saucepan until your desired liquid level and lightly season with salt.

If you plan on freezing the chicken soup, don’t make the soup with the noodles as they will practically disintegrate in the freezer.

Make the soup without the fideo noodles, transfer to an airtight container or freezer bag (careful not to overfill it) and freeze for up to 2 months.

This sopa de pollo is hearty, savory, and full of flavor!

I hope it becomes a staple in your home just as it has become in mine. 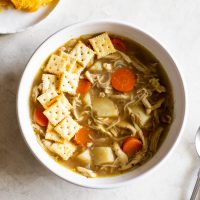 Serving: 1 servingCalories: 365 kcalCarbohydrates: 29 gProtein: 38 gFat: 9.2 gSaturated Fat: 2.7 gCholesterol: 113 mgSodium: 484 mgPotassium: 850 mgFiber: 3.6 gSugar: 3 g
Tried it and loved it?Snap a picture and share it with me on instagram @asassyspoon and by using the hashtag #asassyspoon!