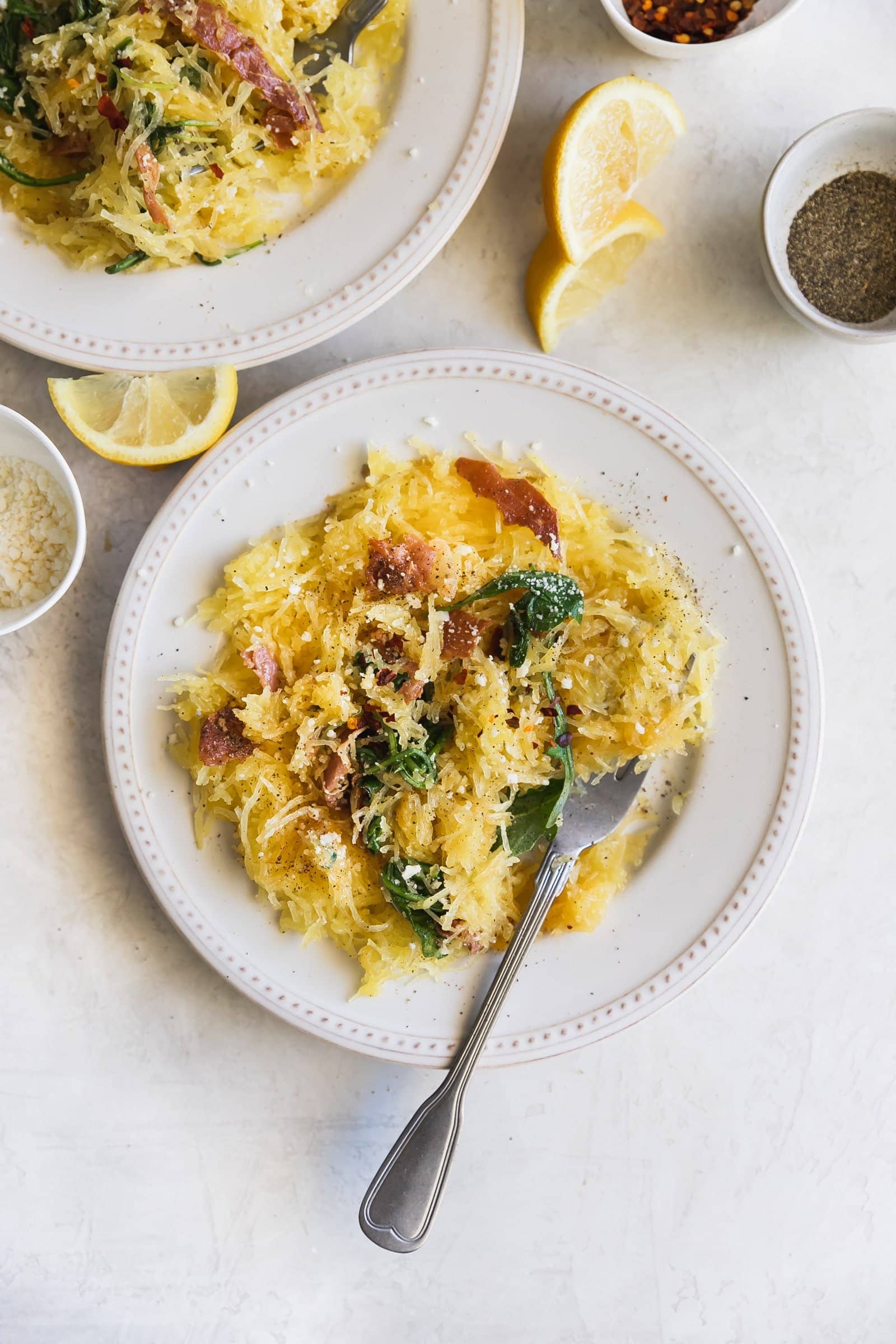 GUYS! I’m so excited to share this recipe with you. Unless you live under a rock, you know Chrissy is the queen of delicious, indulgent eats. Her cookbook is by far one of my fave cookbooks I’ve ever owned. I’ve practically cooked through the entire thing!

Honestly, the only real time consuming part of this recipe is the actual roasting of the spaghetti squash. But that’s pretty hands off and once that’s done, the rest of the recipe comes together fairly quickly. Here’s what I did. 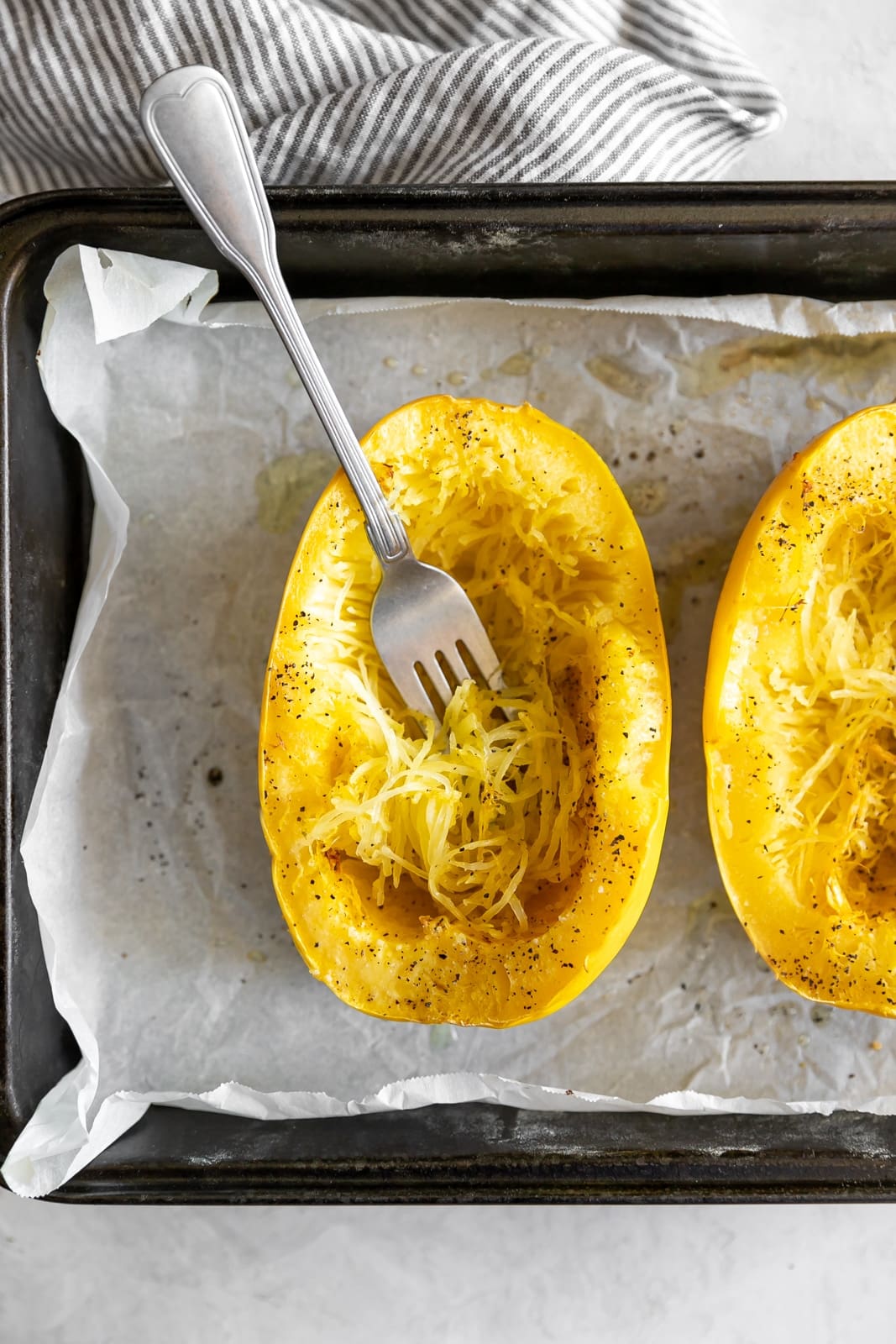 How to Cook Spaghetti Squash

Ok so this will be the part that takes the longest in this recipe. Preheat the oven to 400 degrees F.

Drizzle 2 tablespoons of olive oil into the spaghetti squash halves. Season with salt and pepper to taste. Place cut side down in a roasting pan. Bake for 35-40 minutes. Let cool for 5-10 minutes.

Once the spaghetti squash has cooled, scrape around the edges of the squash using a fork to shred your “spaghetti”.

You can make the spaghetti squash 1 day ahead and keep it in an airtight container in the fridge until ready to serve. 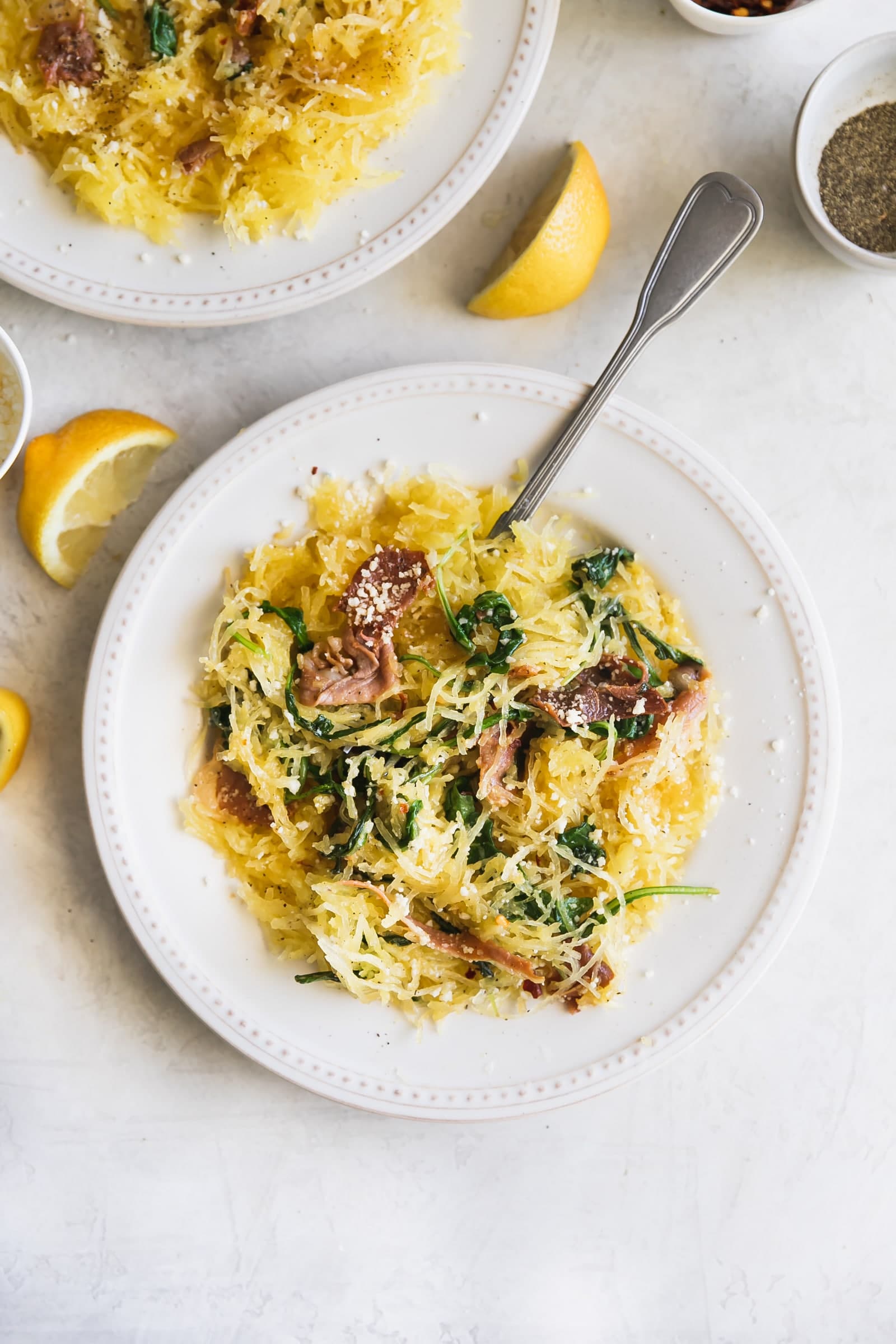 Once the spaghetti squash is done, the rest is pretty straight forward. You cook the pancetta for a few minutes on a hot skillet until crisp then add garlic, red pepper flakes, black pepper, and cook for about 1 minute. Add the lemon juice and the spaghetti squash. Gently mix with everything else then add the Parm and arugula. Ta-daaa!

This lemony cacio e pepe spaghetti squash recipe is perfect for meal prep as you’ll have 4-6 servings depending on the size of the squash. If it looks messy when you’re done, then you’ve done a great job. ;)

How to Cook Spaghetti Squash

Adapted from Chrissy Teigen's Cravings Cookbook
Nutrition Facts
Lemony Cacio e Pepe Spaghetti Squash
Amount Per Serving (1 serving)
Calories 361
* Percent Daily Values are based on a 2000 calorie diet.
Did you make this recipe?Be sure to post + tag @asassyspoon on Instagram and use #asassyspoon!

This page may contain affiliate links. This means that if you click on one of the product links above and complete a purchase, I’ll receive a small commission at no extra cost to you. I will never place a link nor make a recommendation on a product or service that I don’t love or use personally. Thank you for supporting A Sassy Spoon. 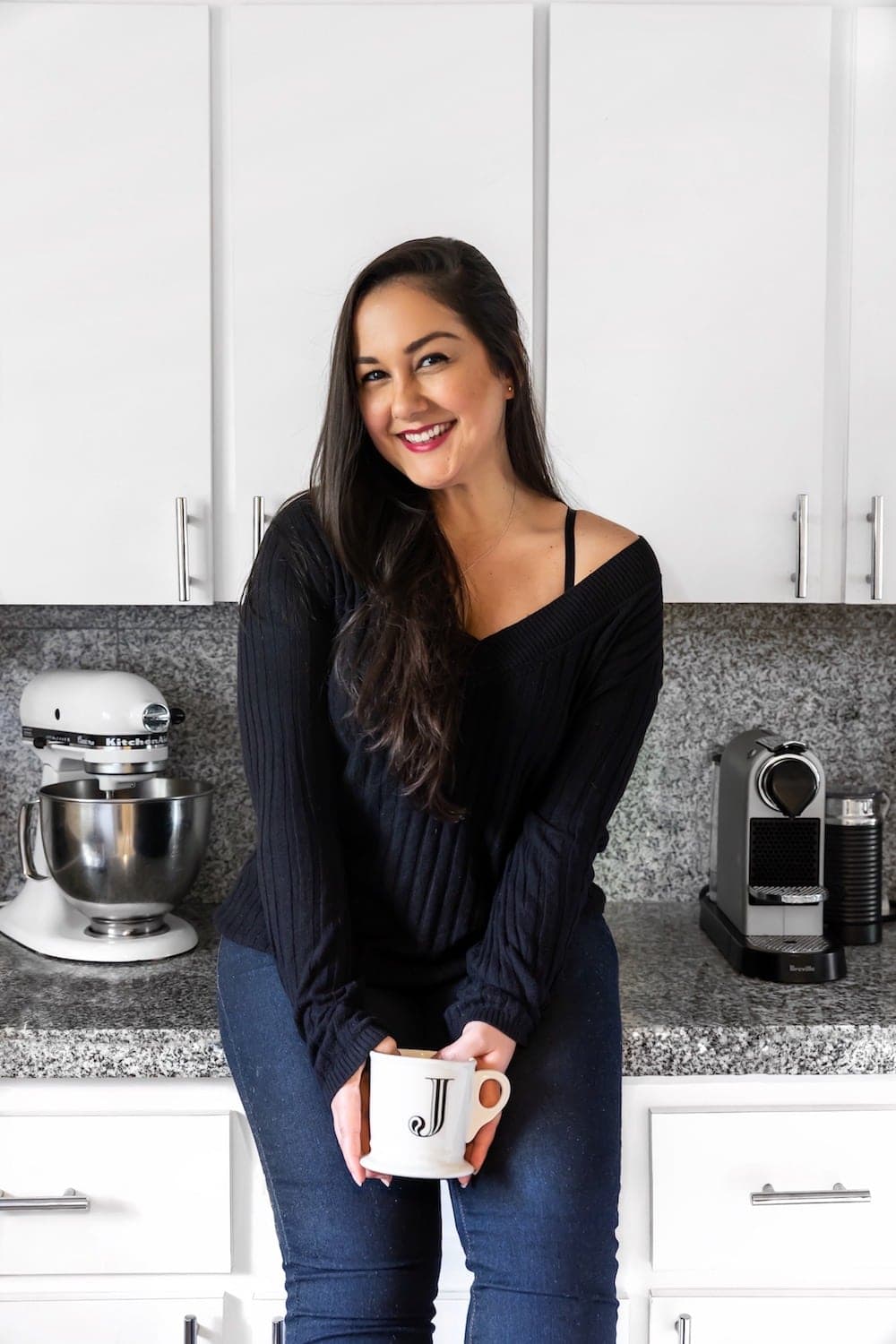 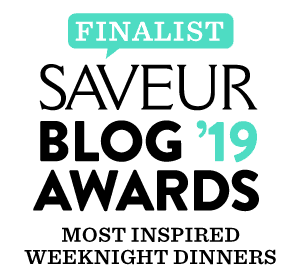